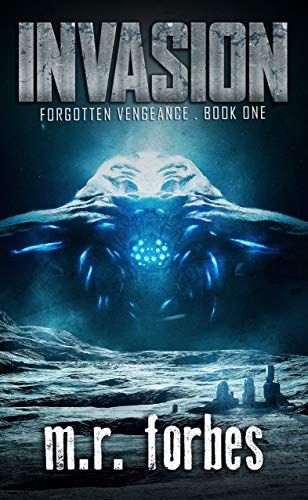 An unsolved case. A tempest of memories. Gwen Marcey has done a good job of keeping the pain of her past boxed up.


But as she investigates the case of a missing child in Lapwai, Idaho, details keep surfacing that are eerily similar to her childhood traumas. No one knows more about the impact of the past than the Nez Perce people of Lapwai. Gwen finds herself an unwelcome visitor to some, making her investigation even more difficult.

The questions keep piling up, but answers are slow in coming—and the clock is ticking for a missing little girl. Meanwhile, her ex-husband back home is threatening to take sole custody of their daughter. Because only truth will ensure she still has a future. Nobody can follow you if you yourself don't know where you're going.

You leave no trace. Trust no one. Don't get attached. When Rylee's brother calls for her and she comes down to find her father dead and her mother missing- the word Run written from her father's blood on the floor.

She does. Rylee follows the rules. She also breaks one of them. Run is hard to review, and not because it's short but because if I say one thing wrong, it'll spoil it all. It's dominos. Nobody likes to set them off. But I will say there's a bunch of holy shit in there, I even said it out loud a few times. With people in the room. Don't do that. It's also dark and slightly twisted, okay, a whole lot of twisted and Rylee, on a psychological aspect is pretty interesting to dissect.

She's a tough character, and she's had to be. She's smart and a little devious, she knows something's not right about their lives, and she doesn't believe what her mother's told her but she goes with it. She's pretty cold in the beginning, and everything seemed a little methodical but once it gets going you'll be addicted.

You'll never completely warm to Rylee, it's pretty hard to, like I said she's cold in the beginning, doing what she's told and trying to reign in her emotions, but once she learns out the truth, she's angry, hurt, and that ignites her want for revenge. You might not warm to her but you will understand her, on whatever level. She goes where nobody wants to go, she's a part of something nobody ever wants to be a part of and she also does what every one of us would love to do to someone as evil as that.

And she's rational about it. She has a personal vengeance to it, but she also has this underlying need to do what she did. She's been lied to her whole life, everything she thought she knew isn't what it was supposed to be, even the people she thought she knew. She doesn't even know who she is herself. She's trying to use what she has to do for good. To even the score. Which blurs the lines between right and wrong. Is an eye for an eye ever right? Is something unspeakable to someone that's evil, make it right?

And that rule that she broke? You'll have to find out.

Run is a quick and addictive read with a story that's dark and twisted with a lot of lies and secrets that'll shock you, but it's also about the lengths people can go to, to survive. Run pushes boundaries and it's not afraid to do so.

Here I am, getting my head caught up in a thriller again! I was actually unaware that this one was part of a series, but I'm glad it is- I want to see what else happens following these events because it's got me interested in where the plot is leading On with the review! In my last review, I mentioned how you don't normally see how the people around a victim deal with grief. I felt that Run joined the previous book in going against that statement by depicting how different relations of different victims were dealing with grief.

The difference between Run and the last book however, was that these relations had ended up losing the victim, and we were seeing their grief a good number of years after the event. I liked this particular theme of the book, even though it was very sad, due to the fact that you saw very different people dealing very differently with a similar situations.

It shows how no two people will ever deal the same with anything.

Just the thought of their feelings is heartbreaking, am I right? Since we're still on the topic of the plot, I wanted to mention that I really didn't expect the ending to this book! In part, it's to do with the fact that I thought this was a standalone like I already mentioned but on the other hand it was just surprising! I think I just didn't even speculate how the book would end, and what it would lead on to. I think it also surprised in terms of character development.. This brings me onto Rylee.

She was quite the unpredictable character, and she was smack bang in the centre of the surprising ending. You see, Rylee came across as being very sure of what to do, and being willing to do whatever it takes to get her Mum safe. If I'm honest, it was kind of scary just how ruthless she became.

At the beginning of the book, she was at badass-thriller-character level, but by the ending, I was a bit: "Woah, woah, woah, Rylee You might want to think things through a bit more This didn't bring me not to like her, however, because as you read this, you have this kind of twisted knowledge that she had set out to help someone, but it had turned into a much bigger question of her morals by the end. These kind of books are always conflicting, because you know the character is trying to put things right, but sometimes you can't help but question how right their methods are?

I actually ended up talking to Georgia about this on Goodreads, because her comment on Rylee was exactly the way I felt. Moral of the story: hunt down your friends, make them read the same books as you, then sit and talk about which characters you want to slap and which ones you want to marry. It's like therapy for readers. Caleb, Rylee's love interest in Run, does not fit into the above categories.

I do not know him well enough to want to slap him, but I also do not like him enough to marry him. Nor do I ever think I'll feel that way. The problem is, Caleb is mentioned occasionally throughout the book, and then appears at the end.

Long story short: Caleb is not needed. I felt like he was a random addition to the story, if I'm honest.. Rylee didn't need him, the story didn't need him, and the only reason he was there was to accompany Rylee on her journey into the next book. To be honest, I don't see what the point of his character was. To Sum it Up: Run was enjoyable in due to a prominent theme and engaging ending, however I did feel as though one character wasn't necessary to the story, which let me down a little.

Fast-paced, bloody and unflinchingly brutal, 'Run' is a book you will not be able to put down. It is a scary and terrifying suspense thriller which will keep you on your toes the whole way through. Rylee and her younger brother Hayden go on the run after their father is murdered and their mother disappears. They have been trained for this but nothing could have prepared Rylee for the truth she is about to discover. A truth which will change her whole life forever.

The actual reason behind it all was utterly terrifying and shocking and very, very scary. As I was reading 'Run', half of me didn't want to know what was going to happen next and the other half of me was impatient to tear through the story and see what lay in store for Rylee. She is a pretty spectacular main character. She is strong, courageous, determined and resourceful and she is brilliantly depicted as a whirlwind force of nature that has one goal in sight - to get her mother back. I was gripped by her journey and the way in which she refused to back down or give up, even when she was confronted by some horrible revelations.

I enjoyed following her as she put all the clues together and came up with some clever ways of tracking her mother down. The content of the story is extremely hard-hitting and there are some disturbing scenes in the book which I wouldn't recommend for younger readers. The ending in particular is full on and although it is brilliantly truthful to Rylee's character, did cause my jaw to drop big time.

I may even have wanted to hide behind the sofa at times! Gregg Olsen has written an incredible book and never once takes his foot off of the gas. I can't even begin to imagine what lies in wait for Rylee next but I'm eager to follow her as she takes her next steps. I think I have found my YA book of the year. I know it's only early June, but I have never read anything like this before in my life.

I am speechless, Run is beyond brilliant. I won't though because that's not fair. You need to know that it is a book that you devour in one sitting because you need to know what's going on and you have far too many questions in your head. 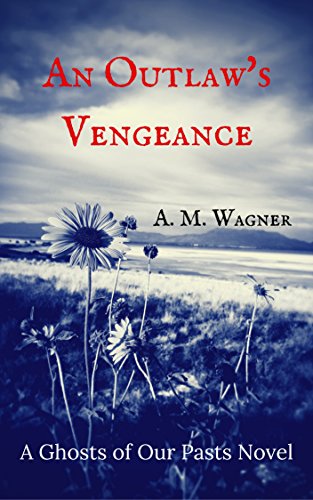